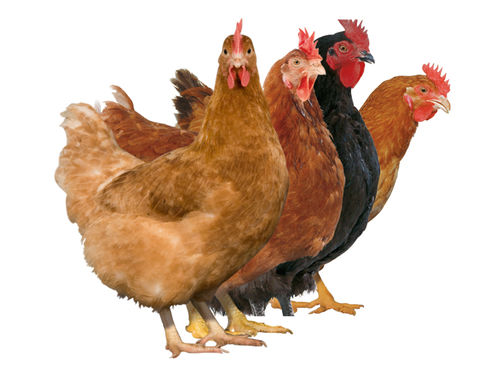 In the spotlight: Growing Demand for Premium Chickens

Recent events around the world put the positive development of Hubbard's Premium Chicken products in the spotlights: IPPE in the US, the WPSA meeting in France, Poultry Focus Asia in Thailand, the LIV Venray exhibition in the Netherlands, the Pig & Poultry Show in the UK and even in a recent article in the Wall Street Journal in the USA.

The background for the production of premium chickens can have different reasons depending on the country or even the region concerned. Over the years the ongoing improvements in technical results of conventional broilers achieved through genetic selection supported by good nutrition and husbandry techniques has increased the age gap between conventional broilers (35-42 days) and already existing premium/certified production systems of slow(er) growing chickens (56 days or more). This larger gap leaves room to new premium chicken concepts to be positioned in between. 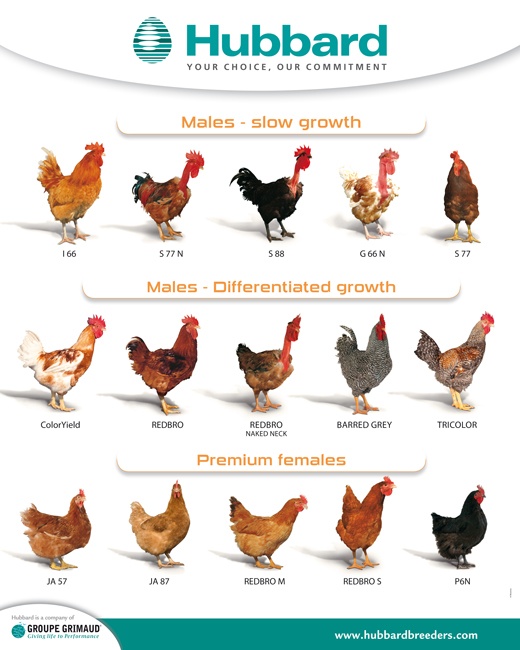 Today we live in a world that is no longer simply driven by a history of farming or culinary tradition. Social networks, NGO's, animal welfare associations and increased demand for a product that is of good quality, natural and animal and human health greatly influences our eating habits. Especially in the most developed countries. The broiler industry and supply chain must adapt to these changes. Europe cannot pretend to feed the whole world and needs to innovate to answer to local demand and provide a larger choice to consumers for premium chickens. Knowing that, through the efforts of the whole industry, the production of conventional broilers with a good quality will remain to be the majority of a strong production base. But nevertheless could we be at the beginning of a new era of chicken? The example of the "Chicken of Tomorrow" in Holland is a proof of such change.

Although new to many European countries, for many years the concept of slower growth chickens already represents around 35% of the French market. More recently we have seen a rapid change in the Netherlands, a country which has always been considered as a real conventional chicken market. In the space of just a few years the Dutch retailers have switched their offer on fresh broiler meat from 100% conventional broilers to now nearly 100% slow(er) growing chickens. The first move was made on a smaller scale in 2007 when the Dutch Animal Welfare Association ("Dierenbescherming") created and introduced their own label called "Beter Leven" (Better Life) using a 3-star system informing consumers about the production systems being used. One star means that the chickens have a winter garden to range and are grown for at least 56 days at lower stocking density (25 kg/m2). The maximum three stars being used for organic systems.

The second and largest move was made in 2013 when all the Dutch retailers decided to go for a new concept, "the Chicken of Tomorrow", which is positioned in between the "Better Life 1 star" chickens and conventional broilers. This "Chicken of Tomorrow" allows for a maximum average daily gain (ADG) of 50 g/d with slower growing chickens around 49 days at a live weight of 2.400g. The stocking density is between 30 and 38 kg/m2 depending on the supermarket chain. The main trigger for the retailers for this decision was the increased pressure of NGO's on animal welfare. Since 2016, most of the Dutch retailers now only offer their consumers 100% premium chicken meat through the "Chicken of Tomorrow" (main volume) and "Better Life" 1 or 3 stars.

Changes in market demand in our modern society, driven by NGO's and consumers, force the whole broiler industry to adapt and innovate. But this kind of innovation also comes at a cost which finally has to be paid for by the consumer. An evaluation of the production cost of the "Chicken of Tomorrow" compared to conventional broilers showed an increase of about €1.00-€1.50 per kg breast meat. If the Netherlands are the showcase on how rapid changes in concepts and farming systems can happen based on market demand, other countries in the developed world could follow in a similar way. Not only driven by animal welfare, but also by quality, taste and as well as animal as human health.

How to fine-tune nutrition for... 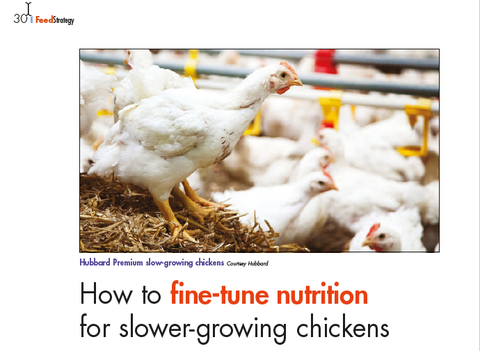